Lowdown: A chilled-out, sun-drenched festival held over 4 days every August. 30,000 people camp out on a spectacular cliff-top overlooking Watergate Bay. You can chill out by the beach whilst taking in the surf competitions, then choose from 9 different stages.

Boardmasters 2016’s line-up includes Faithless, Rudimental and Bastille. Did we mention it’s in Cornwall? It is. So now you have a great excuse to head down to sunny Cornwall.

Lowdown: Located in the idyllic Oxfordshire countryside, this three day festival is for food and music lovers. The music is as tasty as the Michelin-starred food on offer. Last year at Wilderness, Bjork headlined whilst George Clinton, Roisin Murphy and Benjamin Clementine sent the Wilderness crowd wild.

When the sun sets the hedonists head for the Hidden Valley in the woods for some amazing DJ’s sets. Recover the next day with paddle board yoga, which is a thing, apparently? 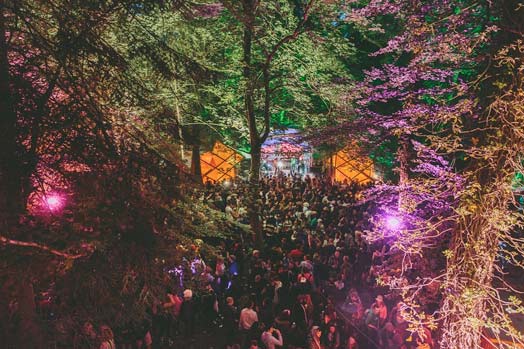 Lowdown: Shiny happy people listening to bands. Body & Soul is set in the middle of the woods and the walled gardens of Ballinlough Castle. You never know what you might find around the next corner, DJ’s, poets, secret stages and sculpture. Though you won’t find many big headliners, there’s something for every musical taste here.

As far as festivals go it’s pretty family friendly too, with a special ‘Soul Kids’ section for the little festival goers. It has to be one of the most chilled-out festivals going.

Stradbally, Co Laois, Ireland
2nd-4th September 2016
If you like: Tunes, Tofu and Art

Lowdown: Electric Picnic was born in a field in 2004, this formally boutique festival just gets bigger and better with age. Up to 50,000 souls headed to the Stradbally sun last year to see the likes of Blur, Florence & The Machine and Grace Jones. You’ll find the line-ups are a mix of mainstream and eclectic acts, so there is something for everyone, including your hipster mates.

We’ve heard it described as the ‘Irish Glastonbury’, a ‘Rock ‘n’ Roll Circus’ or ‘Burning man with rain’ (the weather was lovely last year). Whatever you call it, it’s a happy collision of art, music, comedy and food you’d be mad to miss.

Portmeirion, Wales
1th-4th September 2016
If you like: Intimate Performances, Poetry and the Prisoner

Lowdown: Festival No.6 describes itself as ‘a bespoke banquet of music, arts and culture’ and that it certainly is.

This small and perfectly formed festival gets its name from the cult 60’s TV show The Prisoner. Yes, that is the weird one with the balls. It was filmed in the fantasy, Mediterranean style village Portmeirion, which is an idyllic, surreal and totally unforgettable location for a festival. Go there if you like the sound amazing art installations, big headliners, intimate performances, punk poetry and being chased by big white balls.